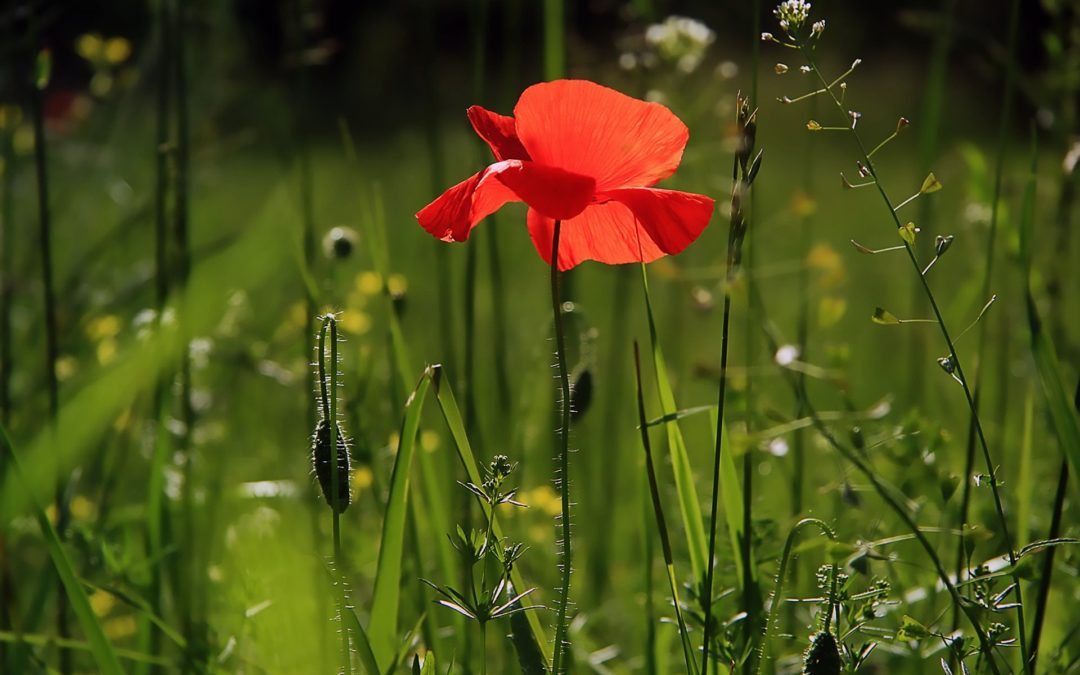 Faced with difficult circumstances, you can choose to struggle and wilt or make the most of where you find yourself and bloom, right there where you’re planted.

I recently found myself at a party making small talk with a woman who had just moved to Germany. Following her husband who’d found a job there, she’d upped sticks and crossed the Atlantic, leaving a high-powered career, her family and her friends – without a word of German in her vocabulary. As we got acquainted, the woman whom we’ll call Anna revealed that her home is tiny and cramped compared to what she left in Canada, money is tight, and she’s having a lot of trouble finding a job in her field of expertise. Curiously, Anna told me all this without an ounce of self-pity or a hint of complaint; she really was just sharing her circumstances with me. It sounded like Anna wasn’t exactly having an easy time of it, yet she was upbeat, cheerful and optimistic. I asked her how she stayed so positive in the face of changed and challenging circumstances. Her four-word answer is the wisdom I’d like to share this month. She said: “Bloom where you’re planted”.

Accept and be free

The expression instantly struck a chord for me. How often do we rail and struggle against life and the things it throws at us. Sometimes we fight against the little things – I want to wear my new red top today, but it’s clearly to cold for its filmy fabric. I wear it anyway and am freezing and grumpy all day. Often it’s at work – a friendly “How are you?” to a colleague is met with “I just so don’t want to be here today”. Anna was going through some big things – living in a city she didn’t really choose and having to find a job when she never wanted to give up her old one, yet she was determined to make the best of where she was and what was on offer.

Anna’s words reminded me of a line I’ve often heard attributed to silver-screen icon Bette Davis: “If Hollywood didn’t work out, I was prepared to be the best secretary in the world”. Davis decided that whatever she did in life, she would do it 100% and be the best. She happened to be incredibly talented (though that doesn’t always mean much in Hollywood), and she bloomed in her chosen profession. However, she had the good sense to know that, had the fickle film world rejected her, she would have planted herself elsewhere and bloomed there instead.

Facing a very heavy day at work recently, with back-to-back meetings and presentations, Anna’s words came back to me. I couldn’t do anything about my schedule, I had to be there and do the work. While I would have preferred to be lying on a beach drinking Mai Tais, that wasn’t the particular type of sandy soil I was planted in today. So, I decided to bloom in the clay-rich earth I was in and fully engage with my day, making the most of what it was offering me. Unsurprisingly, as I sat up and tried to propose ideas in meetings instead of letting my attention wander and wishing I were somewhere else, the time went by more quickly and I was even complimented by a colleague on my contributions.

Anna’s maxim, “Bloom where you’re planted” reminded me that, when circumstances are out of our control, we still have the power to choose how we approach them. In doing so, we gain control of how we feel about our situation and, ultimately, control our happiness. Today I want to go for a long walk, but it’s raining. What will make me happier? Being grouchy about the rain or accepting it and taking the opportunity to stay in, clear out the hallway cupboard, read a great book and watch a film? Anna found herself in a completely new set of circumstances, but instead of moping about her lack of job, she was taking German classes. Instead of being miserable about the state of her finances, she was going out a little less and taking the opportunity to improve her cooking skills at home. Instead of fighting the place she was planted, losing the battle, and becoming bitter and sad in the process, Anna had decided to bloom right there where she was planted.

I guess it all comes down to making a choice about whether you’re someone who needs everything to be just right to be happy or if you want to be happy more often than that and have some modicum of resilience. I once tried to grow heather in my garden. It’s trickier than you might think. The purple haze that springs up willy nilly all over Scotland actually requires a specific type of soil to grow happily. So, it they looks marvellous over the hills and dales, it sulked like a depressed teenager in my garden. My azaleas, on the other hand, have been dug up several times over the last few years, moved around, planted both in pots and in the ground, and yet they continue to produce a lovely crop of flowers several times a year.

The choice is yours

It’s the azaleas of this world that will get the most out of life. Whether they have Alan Titchmarsh handling them or a clumsy beginner, they’ll do their best wherever they are planted and find a way to shine. The heathers, on the other hand, will spend a lot of time hating their circumstances and wilting. So, when we find ourselves faced with tasks we don’t want to do, circumstances that are less than ideal, and surroundings that we didn’t choose, the question we all have to ask ourselves is: do I want to be a heather or an azalea? Do I want to wilt in adversity, or do I want bloom no matter where I’m planted?