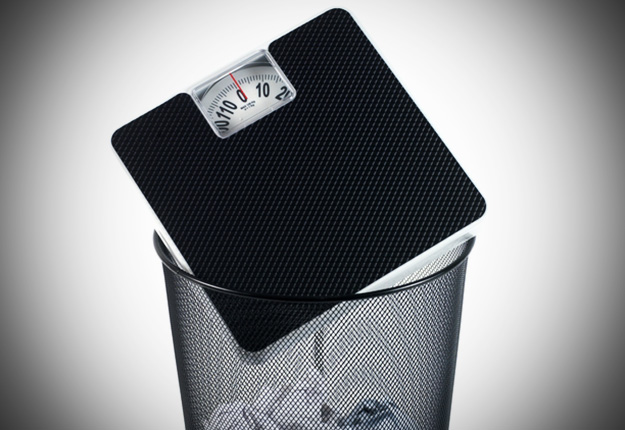 Baby weight: finding the positive in the pressure to gain little and lose quickly

What now? Watch your weight? Of all the annoyances and indignities one suffers when pregnant, being told to keep an eye on my weight was one that I really didn’t expect. Surely, I thought, surely pregnancy is the one time when you can put aside thoughts of diets, waistlines and BMI. Apparently not in Paris.

Before living in France and, indeed, having a baby myself, it never crossed my mind that there would be an ideal weight gain during pregnancy, nor that any expecting woman would ever be told to faire attention. British friends who’d had kids spoke of ultrasounds and prenatal classes, never of monthly weigh-ins. But that is indeed the reality of having a baby here – a surprising number of Parisian doctors do warn women to put on just one kilo per month and will admonish women who overshoot.

When I went to confirm my own pregnancy, my doctor offered advice on vitamins then leant over and whispered to me conspiratorially that not putting on much weight was the best way to avoid stretch marks and ensure easy recovery of your pre-baby body. Seriously? I had been pregnant for all of five minutes and I was already supposed to be concerned with fitting into my bikini after giving birth!

Now, let’s not fall into cliché here. This and other harsher anecdotes are absolutely not representative of all Parisian doctors. Most are much more measured and sensible. Not to mention sensitive: weight is a very delicate issue for a large number of women at the best of times, and pregnancy can exacerbate disordered eating and feelings of dissatisfaction with one’s body. But while draconian doctors are by no means the norm in Paris, there does seem to be a definite cult of thinness here among an extreme few that just isn’t noticeable in English-speaking countries.

Of course, this goes hand-in-hand with the truth universally acknowledged that Parisian women are thin in general. Or, more precisely, thinner than us. I’ve not done a scientific study but every ex-pat I know perceives a difference between morphology here and at home. So it’s easy to understand why so many ex-pat women feel generally “big” compared to the natives here, and they also feel under incredible pressure to have “neat” pregnancies then shed the weight pronto.

However, short of leaving the country, the only thing we can do to counter this trend and protect ourselves from its influence is control is how we react to this pressure, be it insidious or overtly stated.

The example I set

Since I had my daughter I have lived with a profound sense of responsibility, the knowledge that my behaviour and attitudes will shape her experience of the world and her understanding of her place within it. I’m sure I am not the only parent to feel acutely aware of this. It’s a heavy weight to bear, but it can also offer a kind of protection. When I start to feel bad about the baby weight yet to be shed, I ask myself whether I would want my little girl to feel like that. When I’m tempted to engage with pressure to lose weight in ways that are speedy but perhaps unhealthy or extreme, I ask myself whether that’s the example I want to set for my daughter. And when I’m drawn into comparing my weight, shape or looks to others, I remember that for my mother, I am beautiful, just as my daughter is perfection in my eyes.

What I want for my daughter, I must claim for myself. And I want her to see her unique beauty – not to compare her thighs to the next girl’s. I want her to enjoy all that her body can do – running, jumping, swimming, playing – not to waste time lamenting a number on a scale. Most of all, I want her to be healthy, both physically and mentally and that, more than anything, starts with me.