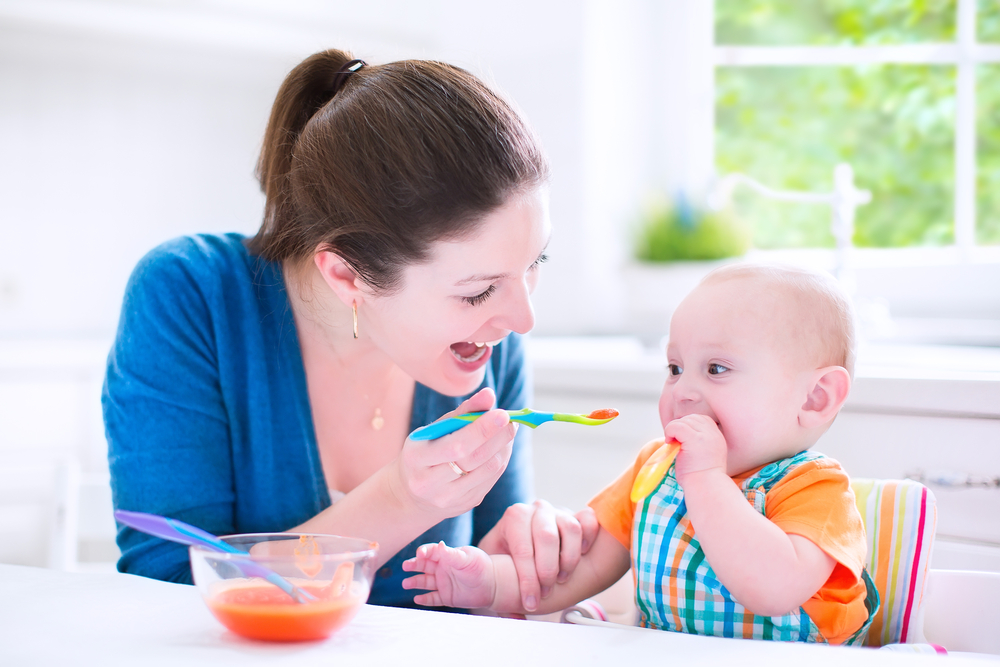 But, fortunately, there are also times when the language « barrier » can offer golden opportunities for growth, learning and development. For me, my daughter’s five-month visit to the paediatrician provided me with one of those « ah-ha » moments that came at just the right time to get me back on track when I felt like I was not waving but drowning as a parent.

It was a routine visit, during which the usual things were checked. Yes, she’s gaining weight, starting to sit up better, responding to her name; no, she’s not got teeth yet, nor is she totally sleeping through the night. The French seem obsessed with getting a child to faire ses nuits at what seems to me to be a really early age, but this is just one of those times where I nod and smile at the doctor who says she « really should sleep through » and quietly put her words in my mental junk file. The (wise) doctor doesn’t press the issue. So, the visit is over and I’m getting Alice back into her clothes when she looks up from the feuille de soins she’s filling out and casually asks the million-euro question: « Au fait, vous avez commencé la diversification? »

La diversification. In English: weaning. In Plain English: introducing your child to foods other than (as well as, not instead of) breast milk and formula. It’s extraordinary the difference that terminology can make to one’s perception, isn’t it? I hear « weaning » and I get an image of a baby being slowly and painfully prised away from a breast – I think of something being taken away from the child, something being given up. But, diversification, that’s a whole different story. Diversify says, « try something new and different »; diversify says, « variety is the spice of life ». I imagine little Alice sitting, wobbling slightly, before a banquet of colourful purées and fun finger foods. Her eyes shine and she’s delighted by the spread – in my head she even reaches forward and cracks open an oyster or two.

I had been on a steady diet of « baby » for five months and I felt like I was losing momentum, running out of steam – I started to understand how people on the Atkins diet must feel. I needed other forms of nourishment. Talking to friends with babies, I noticed a pattern to this phenomenon. For mums like me who don’t go back to work after the standard maternity leave is up, there really is a point around the five to six-month mark where the routine that has helped us get through that all-important « fourth trimester » becomes a grind. In the doctor’s office, I realised that while I loved being a mother, it was time for me to re-activate other parts in my life – writing, coaching – if I wanted to carry on enjoying motherhood and, crucially, in order to be my best me as a mother.

Maybe my experience won’t speak to you at all, and if that’s the case, I say tant mieux! But if you are reading this and my words ring bells, why not think about your own diversification as you blend your child’s carrots or purchase les petits pots? What parts of your life are being left unfed? It might be as simple as starting a novel or picking up a long-neglected craft project. You might decide to enrol in a training programme or look for a new job. For me, weaning or « diversifying » my daughter’s diet has been great fun, and I’ve been able to enjoy it all the more since I started diversifying my life at the same time. Whatever you choose to do, keep in mind that a healthy diet is usually a varied one, whether you’re six months or 36 years old.

Oh, and for anyone actually wondering where to get bottle brushes or bath sponges or muslin squares, the answer to this and most other « where do I buy » questions is almost always… Monoprix.