Be Your Own (Cross-Cultural) Coach: Taking the Shock Out of Cultural Difference

Two fish are cruising around their tank one day when they pass an older fish coming from the other direction. “How’s the water?” asks the solo swimmer. “What water?” reply the young sprats. That’s culture. It’s the water we’re swimming around in that we do not even realise is there.

Well, not until we leave the country we grew up in to move to, say, Paris, France, and notice – with a queasy mixture of horror and excitement – that we’re not in Kansas (or Kensington, Ko Samui or Kingston) anymore and people do things differently here.

The cultural sociologist Milton Bennet developed a model of intercultural sensitivity that identified the six standard ways in which people experience, interpret, and interact across cultural differences. On one end of the scale, we have denial: the state of not even realising that other cultures might do things differently. Not many of us are here given today’s globalised economy, but little details can creep up on you. I nearly fell off my chair when I was told that people drink port as an aperitif in France, not as a postprandial that gets passed to the left.

We all know this one: it rises to the surface any time I go to the post office in France and usually takes the form of “What do these people think they’re doing? Why can’t they just do things the way we do back home? It’s so much more organised!”

Thirdly, minimisation – that state of mind in which we are convinced that our cultural differences are insignificant and mainly focused on our countries’ differing relationships with cheese. When we get past these, we reach the last three stages of acceptance, adaptation and integration. A sort of Holy Grail Trinity, if you’ll excuse a shamelessly mixed metaphor.

The shock of culture

Culture shock is a heady mix of the first three states of being. It’s that crashing realisation that not only do differences exist, but they are far from minimal and that our own culture has not necessarily got it right, indeed that – whisper it – perhaps there is no right. It comes to us all and can leave even the hardiest of ex-pats breathlessly running for the nearest little slice of home they can find (for me, it’s always the WHSmith bookshop on rue de Rivoli).

Culture shock is about the loss of the familiar, it’s about feeling like you’re swimming in ambiguity and the unknown.

At its deepest level, it’s a feeling of loss of identity and having one’s values questioned simply by living among people who do not share them. Culture shock can be brutal and – in my experience of nearly 19 years in Paris – can strike at any time since new cultural differences come to the fore as we advance through the various stages of life.

What are you saying?

However inevitable culture shock may be though, it can be anticipated, alleviated and managed. To go back to our fish joke, the first step towards managing culture shock is taking a look at the water in which you are swimming – figuring out the values that underpin the society that shaped you. One portal into decoding your country’s values is its treasury of proverbs and sayings. These often carry deeply held beliefs and messages. Numerous American business coaching clients have told me that the question they apply when assessing potential suppliers is “What have you done for me lately?” This speaks to a value of performance and productivity, and not resting on your laurels. The Mexican saying “Mi casa su casa” reveals values around hospitality, openness and inclusion. What sayings does your culture use?

Nuance is crucial, of course. Every individual is different, and here we are talking in broad brushstrokes. So why not think a little about your own personal values? They will influence how you experience other cultures too. So, think of a time in your life when you felt fantastic, like you were functioning at 100% and exactly where you needed to be. What were you doing, who was involved, what impact was made? Alternatively, think of a time when you were angrier than you ever thought possible. Often, anger is a result of a strongly held value being violated in some way. For each memory, consider what’s at stake and what makes it so vivid.

More than a slogan

Now you can turn your attention to the culture of your host country. What does this nation hold dear? What truths seem self-evident to its citizens? What are its major proverbs? Does it have a slogan? The easiest way to start in France is with the classic liberté, égalité, fraternité – these are far more than just aspirational words in my experience. They truly underpin the way the society is structured and run. I see liberté in the “lack” (to a British mind) of school uniform. I see égalité in the country’s healthcare and social security systems. I see fraternité in the very strong (again, from a British perspective) unions and workers’ groups.

Seeing the values that a country is upholding in its way of organising and doing things can help you to see its innocence or neutrality. This can in turn help with culture shock. Faced with behaviour that we find odd, a reply we consider rude, or a process that seems twisted, it can truly help to look for the value that is being honoured.

When my daughter started school, I complained to my husband that the list of required fournitures scolaires was ridiculously specific. We couldn’t just get notebooks; the school specified the size, number of pages, and even how big the little squares that covered each page had to be. To my British mind, this was some kind of nanny state on crack; to my husband, it was simply a way of ensuring that – to the extent possible – every child started school with the same stuff, the same possibilities, in other words, égalité.

Becoming more aware of your own culture and decoding the beliefs and values underpinning the culture of your host country will not necessarily change how you think or feel. But it will make you more tolerant and better equipped to deal with clashes and misunderstandings when they arise. Knowing where your culture and that of your host country might be at odds can help you anticipate difference and – literally – be less shocked by it.

Cultural awareness can get you a step closer to operating like an anthropologist, which is a perspective and way of functioning that I think every ex-pat should cultivate since it is a position from which we can observe and be fascinated by our subject while also being able to see it for what it is – not better or worse than us, just different. 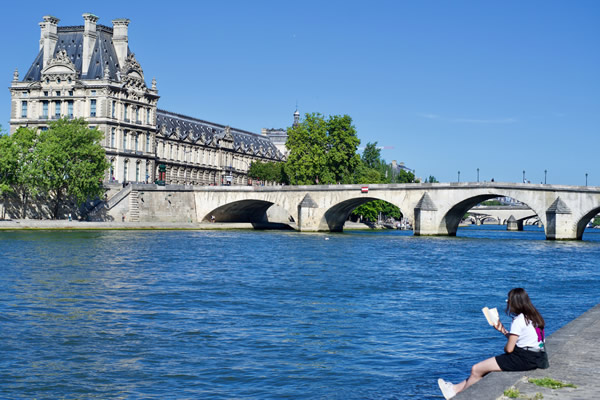 In any Paris exercise class – be it Pilates, Gym Suedoise or the unappealingly named “Body Attack” – there is always a moment when can you spot the other ex-pat(s) in the room. It’s at that point when the instructor says something like (here I take an example from my own yoga class): “Now, if this isn’t enough of a stretch, you can make the posture more challenging by extending your left arm, raising your foot and taking hold of your big toe”. It’s then that you see a gleam in the eye of the ex-pat: “Oh goody”, she’s thinking, “I can make it harder for myself!”

Because let’s admit it, folks, ex-pats, and even more so, ex-pat parents, are not people who have chosen the path of least resistance in life. We’re people who choose – either by looking to move or by deciding to “follow” a spouse – to build a life in a foreign country, perhaps in a foreign language, usually with few friends to start off, often with little knowledge of how the system works… I’m that kind of gal myself. I arrived in Paris with two suitcases, a part-time job as a language assistant, and a metre-squared room in a foyer de jeunes filles. I knew nobody. Friends starting well-paid jobs in London, moving into flat-shares with good mates from university, and taking their washing home at the weekends thought I was mad. But you – yes, you the masochistic ex-pat like me who’s chosen the road less travelled – you know that I just had to do life the hard way. It’s in our nature. When choosing a book for my holiday, not for me a nice Marion Keyes page-turner that looks really fun; no, this is the perfect opportunity to attack Les Misérables! And I don’t just have the easy chocolate Advent calendar. We’ll get one, sure, but I think I’ll also hand-sew a perpetual calendar with little motivational quotations in the pockets that I’ll write out in coloured inks. The school bake sale asks for parents to bring in a cake per family? I’ll make 30 frosted cupcakes instead, plus a Victoria sponge for the teachers!

Raising a child as an ex-pat is a whole other world of self-inflicted “hard way”, isn’t it? It raises questions about giving birth in a foreign language, sometimes learning vocabulary you weren’t even sure of in English, making choices about bi/trilingualism, learning about the school system, perhaps facing differences in approaches to bringing up children – with a foreign spouse, foreign in-laws, and society as a whole. It’s a minefield.

A life lived on purpose

I’ve always found that intrinsic to life as an ex-pat is the fact that everything is slightly more intense, or rather that you live everything more intensely. The highs are higher, and, boy, the lows are lower. So, on days when we’re feeling strong and life is going well, we are aware that what we’re doing is difficult, we get a kick out of it, and indeed, we respect for ourselves for choosing to be challenged. But on days when there are comprehension problems at school, the bank screws up an international transfer, and you have to do battle with the La Poste to find the parcel your aunt in Australia sent you, you can wind up shaking your fist at the sky and wondering why you’re inflicting this life upon yourself.

It’s in those moments that you take a breath, have a cup of tea (the British panacea!), and ask yourself the following powerful coaching questions:

No matter how hard you might be finding life in Paris right now, you have without a doubt learnt and grown since your arrival. When it all seems just a bit too hard and not worth it, take a step back, ask yourself these questions and give yourself a break. Even us “push-yourself” ex-pats sometimes need to do just the minimum – the simple yoga pose, the gaudy-cover beach book, a Kinder calendar – and, yes, God bless Marks & Spencer for that pre-iced sponge cake that will sometimes just have to do.