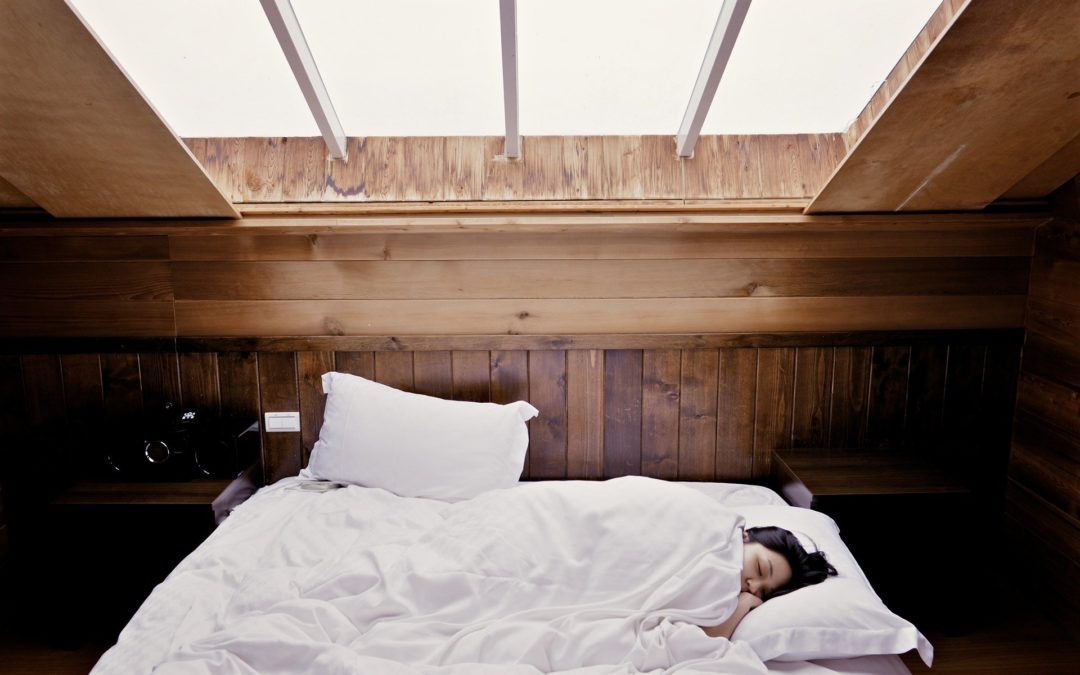 The long nights and chilly air this time of the year can make us all want to take a duvet day or indeed a duvet month, but when it comes to fighting fatigue, attitude is half the battle.

Maybe it’s because of the winter weather, maybe it’s the general economic slump, maybe it’s an age thing, but I have noticed a tedious new phenomenon in discussions among colleagues and friends. I call it Fatigue Fighting. Sample dialogue:

Me: Morning James, how are you? Have a good weekend?

Sébastien: Yeah, great. I did nothing but sleep. Took a long nap Saturday afternoon.

Me: What a luxury!

Sébastien: Yeah, I’m just so tired! How are you?

OK, not too bad – James’ weekend was quiet and he’s revelling in that. Good for him. But look what happens when Marie joins us at the water cooler:

Marie: Oh, exhausted! I had about 6 hours sleep last night. And I’ve got meetings all day.

Sébastien: God, I know. I was still awake at 4am. I must have slept all of 5 hours.

Marie: And the problem is the night before that I was up at 4am for an early flight, so that makes two nights where I’ve got no sleep. I’m a zombie today!

Sébastien: Tell me about it. I’m already on my fourth coffee and it’s only 11am! It’s going to be a long day.

The city that doesn’t sleep?

Blah, blah, blah, winge, whine, complain. Is it a Paris thing, or are city dwellers like this the world over? I say city dwellers because it does feel like metropolis madness. It goes hand in hand with the complaint that in the big bad city life moves too fast, people walk too quickly, we don’t know our neighbours, we’re always running around… All of which are ills we can combat daily and can choose to partake in – or not. I happen to take my time whenever possible, I don’t make back-to-back appointments with friends or co-workers, and the Beloved and I have had drinks with our neighbours on several occasions. Life in a city can be whatever you want it to be – that’s one of the biggest advantages of living in a sprawling urban centre.

Now, to get back to the tiredness tantrums. Let’s not underestimate the importance of sleep. Whatever you may need – be it eight or three hours a night – it really is a need, and one that you should definitely fulfill for yourself. If you’re suffering from long-term sleep issues, you should clearly see a doctor. And if your lifestyle is such that you regularly get too little sleep, need to stay in bed until 2pm every Saturday and Sunday, and feel perpetually one degree under, you absolutely need to make some major changes to your routine! The easiest way to get more sleep is simply to sleep more. Excluding anyone who has children from what I’m about to write, the biggest obstacle to most people feeling less tired is just to go to bed a little earlier.

Without having to make fundamental changes to your lifestyle, there are a few adjustments you can make to feel a general energy boost. What about taking a short walk in the fresh air after lunch? Instead of phoning through to a colleague with a question, get up from your desk and take a walk over there. Make sure you take regular breaks from the computer – look out the window, fill your water glass, stand up and stretch your arms. And what about your diet? What you put into your body is as important for tiredness levels as how much you rest it. Are you really getting your five daily portions? Could you add a mid-morning banana or orange? And how much water do you actually manage? Filling a litre bottle each morning and making sure you get through it by home time is a good way to stay on track. Coffee is sometimes a quick fix, but causes you to feel even worse when the caffeine wears off. Since I gave it up completely, my energy levels have gone through the roof!

You feel your focus

While you’re making some adjustments that in time will boost your energy and help you feel less lethargic, you can also implement the biggest and most immediate change. You can stop thinking, talking and worrying about how tired you are. Let’s look at my sample dialogue. Did it help James and Marie to share their tales of insomnia and much-needed naps? Did they feel any better afterwards? Probably not. In fact, chances are they just made themselves even more aware of how much they needed sleep and more convinced of how hard getting through the day was going to be. What if that conversation had gone more like this?

Marie: Morning James, how are you? Have a good weekend?

Sébastien: Yeah, great. Very relaxing – really indulgent and luxurious. How are you?

Marie: Super, thanks. Pretty busy, and I spent lots of time with the kids. Getting back to work is going to be restful!

Sébastien: Wasn’t it Louis’ birthday party on Saturday? How did that go?

Nothing has changed for either of these tired people but their focus. But that’s the first thing that needs to change for you to feel just a bit more energetic. It’s simple: if you focus on fatigue, you’ll feel the bone-crushing tiredness and rush to the coffee machine. But if you look elsewhere, you might just find you forget that you didn’t get your full eight hours and find that, before you know it, you’re whizzing through the day, talking about more interesting things with colleagues and friends, and – well, what do you know? – it’s bedtime already.