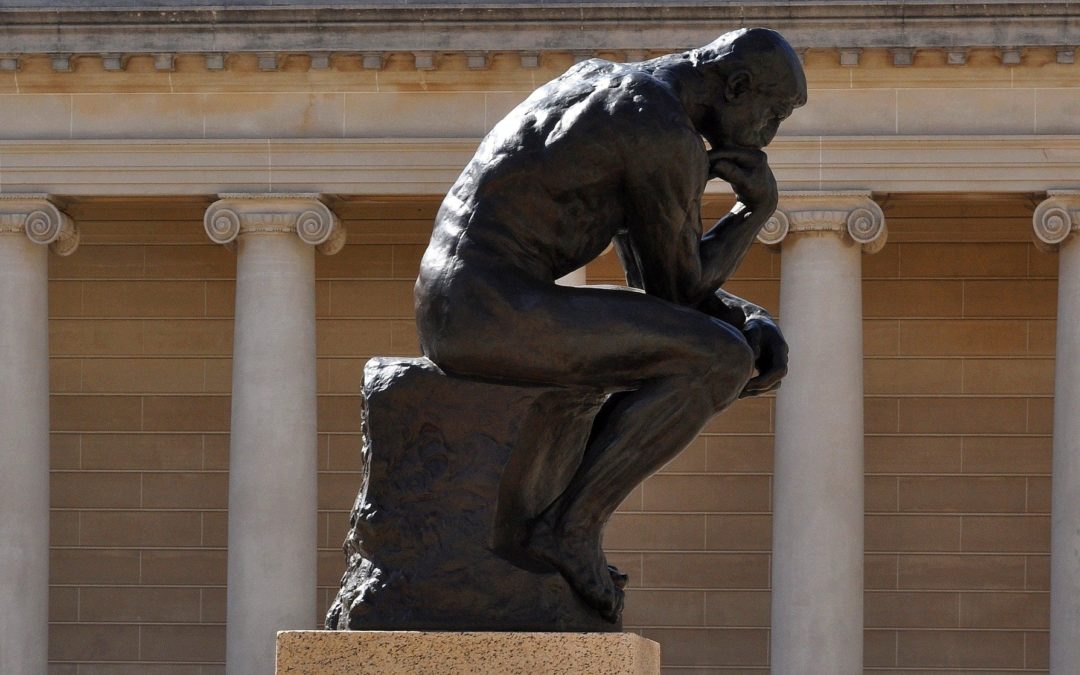 The benefit of regular clear-outs is a fact universally acknowledged. Or at least it is in my house. My husband was stunned by the joy I felt when they installed massive clothing donation bins at the entrance to the metro nearest our flat; and I challenge anyone not to feel freer, lighter and more in control after taking a bag load of I’ll-never-read-these-again books to Oxfam.

But what about moving the stock-take from the back of your closet into your mind and soul? When it comes to having a good sort-out, there are many areas of our lives that would benefit from a little light dusting and polishing, not just the kitchen cupboards. Coaching offers a wealth of great tools to do just that – take stock of your life and see where your figurative house needs to be put in order. While it is always more helpful to do such exercises with a qualified coach, it is also possible to use them on your own and glean some helpful insights.

The Wheel of Life is a simple way to identify the various major “bits” of your life, assess your satisfaction with them, and start coming up with a plan to raise that satisfaction level.

The Wheel of Life aka Not so Trivial Pursuits

Draw a circle on a piece of paper and divide it into wedges like the pies in a game of Trivial Pursuits (number of wedges is your choice – starting with six is pretty manageable). Assign a theme to each wedge. Themes are areas of your life that you wish to take a look at – or indeed, they can just be areas that spring to mind. In this exercise, your subconscious is a good guide. A few examples: one wedge might be “family”, which for some might mean “me, my partner and our kids” but for other people might mean “parents, grandparents, siblings” – and those people might choose to put “partner/love” and “children” into separate wedges on their own. What you mean by each of your themes is your business, as long as you are clear about how you load the word you choose. Other wedges might be “money”, “leisure”, “health”, “career”, “spirit”… it’s a very personal choice.

Once you have your themes, take some time to consider each one and to rate your satisfaction with this part of your life from 1 to 10 – draw lines in each wedge so that 1 is a line near the interior of the circle, and 10 is the further edge. Like so: 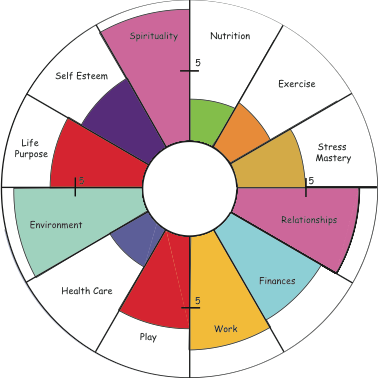 You’ll probably end up with a very bumpy wheel!

The next step within a coaching session would be to discuss each area and the mark attributed to it, and to choose one or two on which to work. On your own, you can take your time to look at each one and think about what makes your health an 8 but your love life a 4 – talking to a friend can also help. Then, taking each one in turn, think about what it would take to turn that 4 into 5. Think specifics: spending more time with your partner? eating dinner at the table rather than in front of the TV? a monthly date night? a daily lunchtime phone call? more cuddling? What would it take to bump it up to a 6? And then a 7…

The idea isn’t to go from a 2 to a 10 in two weeks flat, but to identify areas for change and improvement that will eventually harmonise the levels of satisfaction across all your wedges. A wheel with lumps and bumps cannot roll. But the challenge of trying to turn a career “3” into a 10 can simply be paralysing. Concentrate on the areas that naturally attract your attention and list small, actionable changes.

Once you have some action ideas, consider which you can actually put in place, and, crucially, which you want to put in place. It’s no good choosing “go for a weekly run” if you have absolutely no desire to go running. Yes, it might bump your “body image” score up to a 7, but your “time for fun” score might take a hit. I advise kicking off just one action per week and taking a moment at the end of each week to see what’s working for you.

Take your time. Your Wheel of Life is ever-changing. Even if you managed to take all your wedges up to a perfect 10, at some point you’ll decide to buy a house or have a baby, and new wedges will appear for you to work on. The idea isn’t to strive for a perfect circle, but to use the exercise to see where your pain points are, and what you can do about them.

Don’t forget to take a moment to celebrate in the wedges that are looking pretty damn good. If your “friendship” wedge is a healthy 9, why not make a list of all you’re grateful for in your relationships? If your “work” wedge is flying high, why not acknowledge that by taking in some Friday afternoon pastries for your charming colleagues? Work on the low numbers, revel in the high ones.