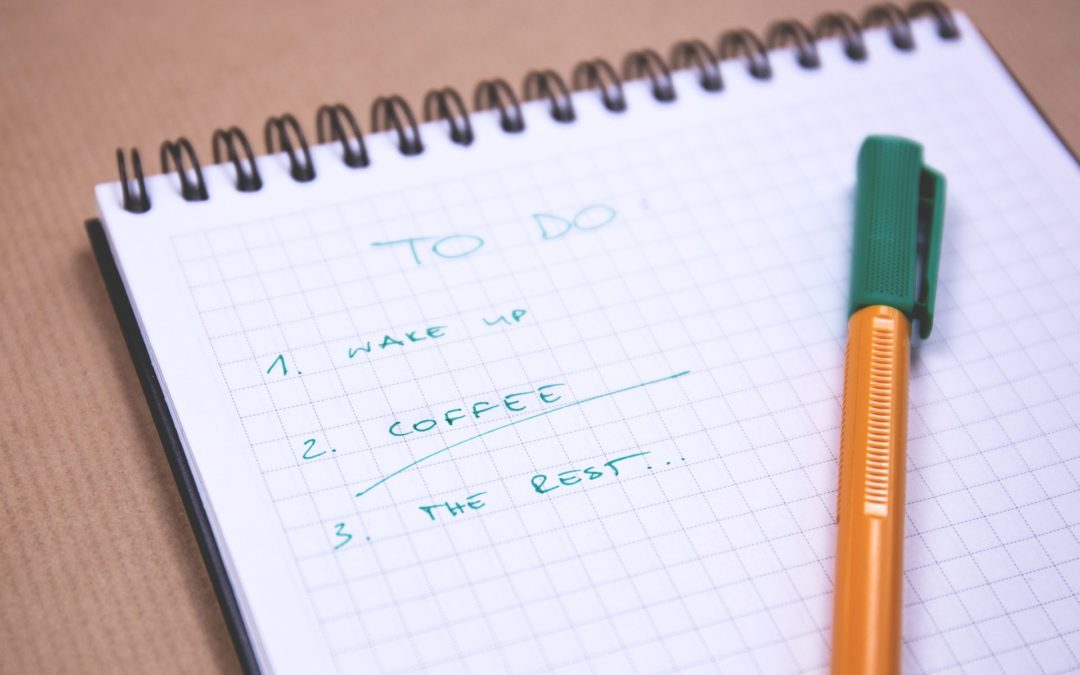 When you’re feeling weighed down by duties and chores, look past the to-do list to the blessing behind the burdens and you’ll soon find they’re light as a feather.

As everyone I’ve spoken to since last May knows (I’m just a little excited), the Beloved and I are currently planning our wedding. He got down on one knee (yep, literally) just under a year ago and we’ve been plotting and booking and researching ever since. Now, I’ve always loved organising and arranging, so you can just imagine the spree I’ve been on since we got engaged. There’s a joint wedding gmail account with an email address for all things nuptial and several (you really thought I’d limit myself to one?) spreadsheets for budget, venues, guest list… It’s planner’s paradise.

I have to say that my occasionally annoying urge to structure, label and list is really coming in handy right now, and the Beloved has been, to a lesser extent, bitten by the bug too. He’s a maths and computer whizz so my simple spreadsheets now have formulae to calculate the numbers of guests sure to come, the number of children likely to be there, marquee price comparisons…

The thing with a wedding is that there really is a lot to think about, a lot to do and – crucially – most tasks depend on other tasks. For example, we need to book a date at the town hall for the civil wedding, which is obligatory in France. Before we can do that, I need to obtain a certified translation of my birth certificate, but before I can get it translated, I need to get a special version dated within the last six months… So, you see, you can’t just attack your to-do list (which is often my approach – a blind blitz attack); you have to do things in the right order. You can’t book a DJ until you have a date, but can’t set a date until you find the venue, and know it’s available. My college friend Rachel (for whose wedding I received an invitation the very day the Beloved and I first met) encapsulated the beauty and ephemeral nature of wedding planning when she wrote to me: “You have to acquire very specific knowledge very quickly, learning a huge of amount of stuff that you’ll never use again”.

Rachel was right. I now have a working knowledge of venue contracts, and I know all the French words for the various shades of a colour I once just referred to as “white”. But, in the midst of tasting desserts and trying on dresses and addressing envelopes, the biggest lesson I am currently learning is one of perspective. When the Beloved proposed, I was over the moon, simply thrilled to know we were to be joined forever in matrimony and that we’d be making our commitment public and sharing the day with all our friends and family. But as

The Day draws near and decisions have to be made and friends and family start offering helpful tips and opinions about how things really should be done, the pressure builds.

Online forums are full of women whipping each other into a frenzy about the traditional meaning of different flowers, the take-his-name/keep-your-own debate, and the “right” number of bridesmaids. Films like “Bridesmaids” with their incredibly opulent weddings make your own somewhat humbler proceedings feel shabby by comparison, and having seen the once hilarious, but now that I’m engaged, frankly petrifying film “The Hangover”, I break out in a cold sweat whenever the words “stag night” are uttered in my presence.

With all that going on (plus, you know, little things like holding down a full-time job, writing columns, washing, shopping, hauling myself to the gym…) it’s easy to lose sight of the endgame. Which is – we’re getting married. Never a weekend free from some kind of wedding errand? Deal with it – you’ve met the love of your life! Hand aching from addressing envelopes? For heaven’s sake – you’re lucky to have so many loved ones with whom to share the day. And as for arguing with the Beloved over buttonholes and seating arrangements – well, I’d rather avoid the irony of having cross words over how/when/where/with whom we are to declare our undying love.

I only intend to get married once in my life, so I am determined to enjoy the process as much as the day itself. I refuse to squabble for a year while we plan what is supposed to be the happiest day of our lives. And a wedding is just one example of how keeping sight of the endgame and maintaining a sense of perspective prevent you from undermining the ultimate joy of what you’re doing. Quarrelling over holiday plans falls into the same category for me, as does getting uptight about taking the wrong route out of the city for a weekend away. The drive is part of the trip – enjoy the process, put it in perspective, and remember to buy a more up-to-date map when you get back.

Whenever I feel overwhelmed by all the stuff I have to juggle in life, I remember the words of my wise friend Pam. Once, as I complained about how I was behind in my novel for book club, didn’t have an evening without a commitment for the next two weeks, had only half-written my latest column, and couldn’t even find time to get to the bank to pay in a cheque, she looked me in the eye and said: “Wow, it must be fun to be in a book club! And you’ve loads of social nights out planned? Nice! You’re already half-way done on your column? And someone gave you some money that you need to put in the bank? What a lot of lucky burdens to carry.” Pam’s point, simply stated, has proved very hard to forget. Luckily.