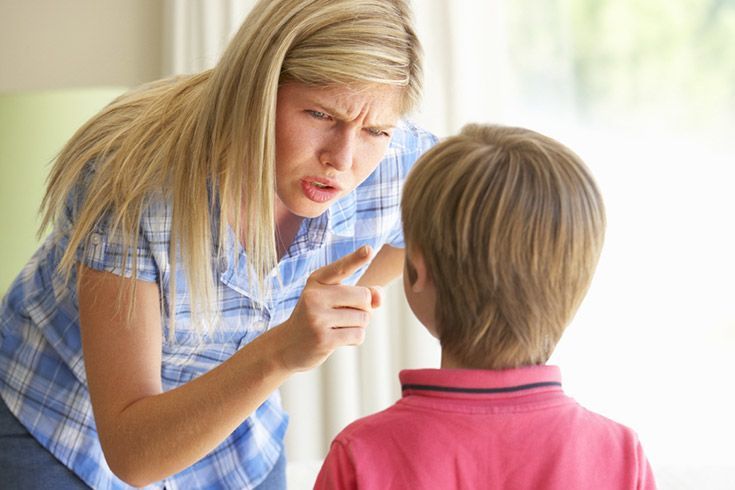 When I was pregnant, my mother offered me a single piece of priceless wisdom about raising a child: “Everyone will have an opinion on everything. Don’t feel obliged to listen to anyone.” I heard her advice while huge and happy on pregnancy hormones. Now, with an active 16-month-old, I heed that advice on a daily basis – in fact, every time I step out in Paris.

As parents, we are besieged by child-rearing advice via the Internet, television, radio, and an ever-growing wealth of literature on the subject. Medical professionals all tend to have pretty strong (and gloriously divergent) views on things like sterilizing bottles and controlled crying. Our friends and families offer their input on everything from breast-feeding positions to when to buy baby’s first shoes. It can be overwhelming. And to top it all, with alarming frequency, perfect strangers — people whose only claim to acquaintance is their proximity on the métro — will happily weigh in!

Now, I’ve never raised a child anywhere but in France, so I can’t really judge whether this is a particularly French phenomenon. I have heard expat friends express their horror at the traditional French style of parenting (supposedly strict and parent-first), so I can imagine that us child-centric Anglo-Saxons must come in for a fair bit of judgement from certain of our Gallic counterparts. I also suspect that the open sharing of that judgement with the parent in question (the bit that riles me) is less likely to occur in Britain than in France, simply because of our reserve compared to the French love of la franchise, or frankness. Don’t get me wrong, Brits’ll judge you, but they’ll maintain a polite silence about it!

Sample exchange: A hot and crowded bus carrying at least five prams (including mine), all covered with sun-blocking muslin squares. A baby starts wailing.

Random stranger: “Oh Madame, do pick up your daughter and cuddle her – it’s so hot!”

I think (but don’t say – I’m British, remember?): Cuddle her? In this heat? That’ll only make it worse. And anyway, I’m standing up on a moving bus. Holding her is the most dangerous thing I could do right now! Are you a total moron?

I say: “Well, we’re getting off soon. And, er, it’s not actually my baby crying. It’s that boy over there.”

Or the classic, when your child starts fussing or – God forbid – crying in a public place: “I’ll bet s/he’s hungry?” My fantasy response to this catch-all diagnosis of any tears is, “You bet she’s hungry! I haven’t fed her for two days – if this doesn’t slim those chubby cheeks down a bit, I think we’ll start her on Baby Atkins.” I’d love to say it, just to see the reaction. But I don’t. I grit my teeth, smile, and say something genial like, “Oh, she’s fine, I think she’s just ready for a nap.”

When these offerings of totally unsolicited advice come my way, I do try to remember that, for the most part, it’s well-intentioned. But I can’t shake the feeling that the basis of the advice is an assumption that I’m not coping and that the meddler, I mean the person offering their opinion, knows better. It doesn’t help that the advice is usually, at best, outdated or inappropriate.

So, since I’m generally a polite and friendly person and don’t want to snap at people, I’ve come up with a few strategies for remaining gracious when under fire from “advisors.” Maybe they’ll help you too…

1. Flip the table and use it as a learning opportunity

Use the situation to ask the person about their experience of child-rearing. Especially good with older people. As in: “Oh, was that the advice you received when your children were young? That’s really interesting!” By asking to hear more, you’ll have changed to conversation from advice to anecdote and flattered someone who clearly wants to share their experience.

When people offer me advice that runs contrary to my own views or today’s medical wisdom, instead of silently seething, I now say politely but honestly, something like, “See, I’ve heard that theory before, but my doctor advises against it because…” or, “Actually, the latest research shows that bilingual children don’t start speaking any later than monolinguals” (expat parents, can I get an “Amen”?). While I used to feel judged and irritated, this approach changes the conversation to one where two equals are simply sharing their differing views. No one is right or wrong.

Sometimes you have to kiss a few frogs to find Prince Charming. And sometimes, among the onslaught of random advice you’ll receive when you’re a parent, you’ll hear a total gem. Like when a friend told me “On good days, don’t be smug – it won’t last; on bad days, don’t despair – it won’t last.” That one has helped me through some long nights. Listen carefully and you might not only hear something useful, you may even find a grain of wisdom in the unlikeliest of places.

4. When all else fails

Smile and gaily chirp, “Merci! I’ll think about that!” Then change the subject.

Remember that people are usually just trying to share what they know, help out, and make a connection. One of the lovely side-effects of having a child is how I now get chatting to total strangers much more frequently and can connect with people with whom I previously had very little in common. If that opportunity to connect with my fellow man comes via some off-base advice, I figure that’s a small price to pay for a world in which people actually speak to each other on the train, in the doctor’s waiting room, and – whisper it – even in elevators !